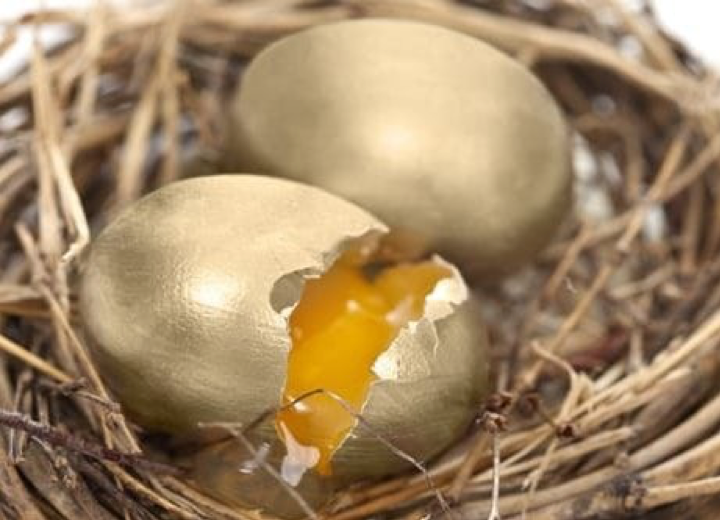 A separating couple's respective interests in an SMSF will often be adjusted by a binding financial agreement or a Family Court order*. These things can take time, however. In the interim, the SMSF's ability to make critical decisions may be impaired by disputes between the ex-partners. This article covers the means of removing an ex-partner from an SMSF promptly after a separation occurs, pending the ultimate determination of "who gets what". (*And note that legislation to permit de facto couples to split superannuation in WA is only now progressing through Federal Parliament).

Often, when called on to advise on establishing a self-managed super fund (SMSF) for a couple, the advisor is really acting for only one member. That member is often a pre-existing client in another capacity and the family’s main breadwinner. While their relationship continues, their interests and those of their partner are more or less aligned. The “real” client will not thank their advisor, however, if their relationship breaks down and their ex-partner leverages their ability to prevent critical fund decisions being made to gain an advantage.

If an SMSF is established in the typical way, then if the relationship between the members ends, it will be too late to implement a strategy to put one member in control.

The concept of “principal member” funds, and fund deeds which give the member with the largest balance the greatest say in decision-making, are well known. These SMSFs are promoted on the basis that the principal member has the ability to add and remove fund members. Removing a member of an SMSF is not as simple as it sounds, however. This article does not imply that these products are inadequate to achieve their stated intention. The purpose of this article is to make advisors aware of all the issues involved in removing a member from an SMSF, so that they can ensure that any strategy to achieve that objective “ticks all the boxes”.

Under the SIS Act, a member cannot be removed from a fund without their consent. Therefore, the documentation admitting the other person (to whom I will refer as the “junior member”) as a member must include their irrevocable consent to their benefits being rolled out of the fund, if the trustee decides that should occur.

If the individual fund members are the Trustees, it will be sufficient for the fund deed to provide that the principal member may exercise their superior voting power to require the junior member’s benefits to be rolled out of the fund. The deed will either provide that an ex-member ceases to be a trustee upon the benefits being rolled out of the fund, or the principal member will have the power to remove them in that event. Note that the junior member should not be removed as a trustee before their benefits have been rolled out, otherwise the fund will cease to satisfy the definition of a self-managed fund and may incur a penalty for non-compliance.

Where, however, the Trustee is a corporation (the preferred scenario for various reasons) provisions in the deed to the above effect will not be relevant. The Constitution of the corporate trustee will need to contain a provision to the effect that the vote of the director who is the principal member prevails on the question of rolling out the junior member’s benefits from the fund.

The principal member should also be the sole shareholder of the Trustee corporation. (Unlike directorships, there is no requirement for SMSF members to be represented at the trustee shareholder level). After the junior member’s benefits have been rolled out of the fund, the principal member can then use their vote as sole shareholder to remove the junior member as a director of the trustee company. (As in the case where the junior member is one of two natural-person Trustees, they should not be removed as a director until after their benefits have been rolled out, otherwise the fund will risk a penalty for non-compliance.)

Assuming that the junior member has not satisfied a condition of release, which will often be the case, their benefits must be retained within the superannuation system. It is assumed that the junior member will not co-operate with the process of having their benefits rolled out and will thus not make an application to a new fund to receive their benefits. A new fund may, understandably, be reluctant to accept a benefit roll-over from a person who does not wish that to occur and who has not personally signed the application form.

The junior member’s SMSF admission paperwork should contain an irrevocable power of attorney in favour of the fund trustee and the principal member, authorising them to open a superannuation account with a third-party fund (including establishing a new SMSF) or a retirement savings account (RSA), in the name of the junior member, and to roll their benefits over to that account, if they are required to exit the fund. The option of establishing an RSA is recommended, as it may be easier to have a bank accept a rollover into an RSA on behalf of an unwilling member than it would be to open a public super fund account for them. RSAs are rare, however, and not all banks may offer them. As a last resort, if a public super fund account or an RSA cannot be established for the junior member, the principal member should be able to successfully establish a new SMSF for the junior member under the power of attorney and transfer the junior member’s benefits to that fund.

If the assets of the fund are insufficiently liquid to roll-out the departing member's balance in cash, and it is not an opportune time to sell assets to fund the transfer, the principal member may need to be prepared to leave the junior member in the fund for an extended period and rely on their casting vote in the SMSF documentation to run the fund as they think fit, without interference from the junior member. The principal member would need to be aware, however, of their potential liability if they used their powers to run the fund in their own interests, without due regard to the interests of the junior member. Therefore, the mandatory exit of the junior member at the earliest stage will often be desirable.

If a separation is anticipated but has not yet occurred where the fund was not established to facilitate the compulsory exit of an ex-partner, it may still be possible to put in place a framework to facilitate that in case that scenario eventuates. It will normally be much harder to achieve in this case, if it can be done at all.

Finally, advisors should ensure that their client on-boarding documentation, and the advice they give, does not create the impression that they are also acting for the junior member. Otherwise, the junior member may have a legitimate claim that the advisor has preferred the interests of the principal member over their own, thus breaching the advisor's professional duty. That paperwork needs to clearly establish that the principal member, or the SMSF, is the advisor's sole client.

Disclaimer: This article is of a general nature only and is not legal advice. It was prepared having regard to the laws of the Commonwealth of Australia and Western Australia only, current as at 9 December 2019. It is not necessarily a comprehensive treatment of all issues relevant to its subject matter. It should not be acted upon without specific legal advice relevant to the actual situation of the fund member concerned.